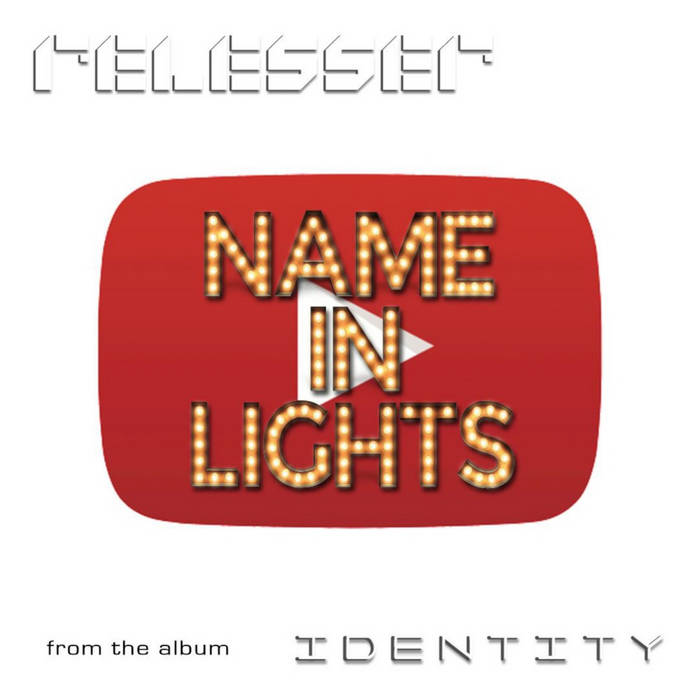 The second single from the IDENTITY album [2019], "Name In Lights" captures a fast paced rock anthem with a catch chorus hook that was built for radio.

"I recently read an article that as much as 85% of Generation Z (born 1996-2015) wants to be famous. Even one of my nieces says she wants to be a YouTube star. Andy Warhol said everyone gets 15 minutes of fame. Fame is fleeting. What will you do to get it? What will you do if you don't get it? If you get famous, you can choose to be a positive influence or a negative one. And even still, would you be remembered for what you have done? I encounter people in their teens and 20s today that have no idea who Elvis or the Beatles were or have never seen a Star Wars movie. So why do people want to be famous? They want to feel adored. They want to feel important. Dale Carnegie wrote in his best seller "How to Win Friends & Influence People" that "Three-fourths of the people you encounter each day are hungering and thirsting for appreciation. Give it to them and they will love you." Rather than focus on what the world thinks of us (and then forgets), why not focus on what God thinks of us? His opinion is all that really matters, and it never fades. I grew up in a legalistic church thinking that God was angry with me for all the bad things I had done. Nothing could be further from the truth! In the parable of the Prodigal Son, Jesus says the father sees his wayward child approaching from way off in the distance. This means the father had been watching for his lost child to come home. And instead of shaming his son for the bad decisions and mistakes he made, the father rushes out to greet him with a kiss and hug, and puts fine clothes on him and gives him a ring with the family crest on it. God longs for us to return to Him. Don't wrap your identity up in the shiny, temporary lights of this world. They will leave you a shell, dejected, empty, and forgotten." - Asche Relesser, April 2019

Hey look who's got her own virtual show
Take on the world baby, watch you go
Will you drown in fortune in fame
Or leave us better than before you came

Everybody wants to be someone...

15 minutes - better make them count
To tell us all what you're thinking about
Give us drama - give us something to see
Give us Truth - c'mon, make us believe!

Everybody wants to be someone...

So bring it, bring it!

After doing studio work and remixes for other artists since 2006, RELESSER became a live performance entity in 2012.

Bandcamp Daily  your guide to the world of Bandcamp

New sounds from Mavi, Ivy Sole & Moderator, plus AJ, the One joins the show, for her latest release